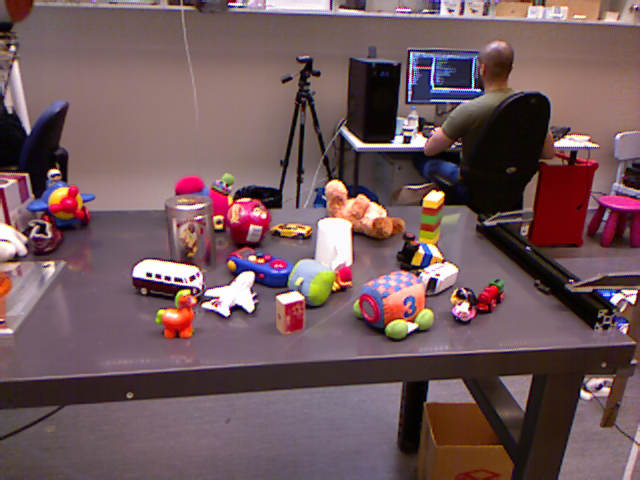 The toy-dataset is a new RGB-D dataset captured with the Kinect sensor. The dataset is composed of typical children’s toys and contains a total of 449 RGB-D images alongside with their annotated ground truth images.

The dataset contains objects which one would expect a robot to manipulate, that is, small, lightweight, and complex objects that one encounters in day-to-day life. The objects that were chosen into the dataset represented typical children’s toys. In other words, the objects were generally multicolored, had a little or no texture and were of varied shapes. The objects were placed randomly on the tabletop; the only criteria was that they are close to one another, so that a considerable amount of occlusion is present.