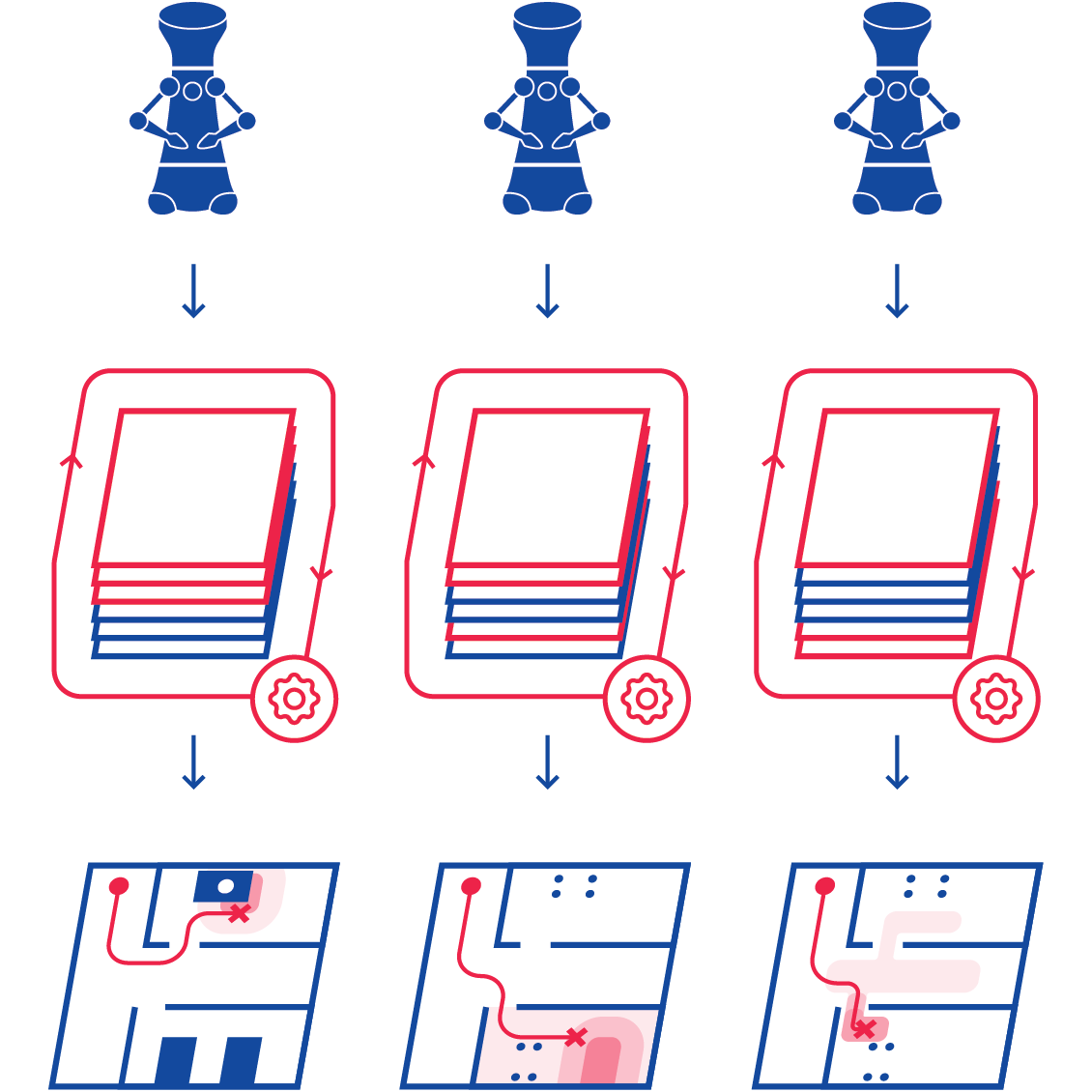 We presented the core idea behind the Hypermaps project at the ICRA 2020 workshop on Perception, Action, Learning (PAL).

The pre-print of the accepted workshop paper is available here: arXiv

The most common way for robots to handle environmental information is by using maps. At present, each kind of data is hosted on a separate map, which complicates planning because a robot attempting to perform a task needs to access and process information from many different maps. Also, most often correlation among the information contained in maps obtained from different sources is not evaluated or exploited. In this paper, we argue that in robotics a shift from single-source maps to a multi-layer mapping formalism has the potential to revolutionize the way robots interact with knowledge about their environment. This observation stems from the raise in metric-semantic mapping research, but expands to include in its formulation also layers containing other information sources, e.g., people flow, room semantic, or environment topology. Such multi-layer maps, here named hypermaps, not only can ease processing spatial data information but they can bring added benefits arising from the interaction between maps. We imagine that a new research direction grounded in such multi-layer mapping formalism for robots can use artificial intelligence to process the information it stores to present to the robot task-specific information simplifying planning and bringing us one step closer to high-level reasoning in robots.